10+ Signs You May Be Pregnant

What are the earliest signs of pregnancy? Although many of these factors occur at the end of your cycle, they’re also pregnancy symptoms. Feeling crampy or exhausted? These and other pregnancy signs could mean you’re pregnant – even before your missed period! 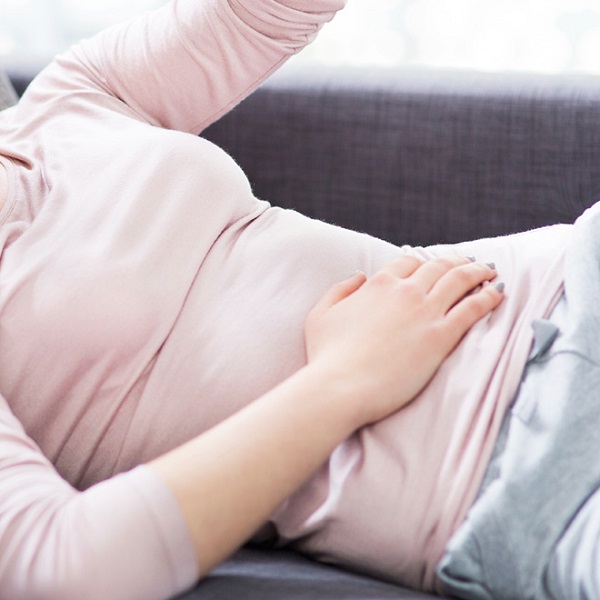 Wondering if you’ve got a baby on board? Pay close attention to your body! And if you spot a few of the following symptoms — and your period is MIA – it may be time to head to the drugstore or schedule an appointment with your ob-gyn. “The hormones released as soon as you conceive may start causing subtle changes even before they’re detectable on a home pregnancy test,” says Melissa Goist, MD, clinical assistant professor of obstetrics and gynecology at the Ohio State University Medical Center. Unfortunately many, like sore breasts or bloating, also happen right before your period (a sure sign that you’re not pregnant), so it’s all a guessing game until you take a test.

This is a very common pregnancy symptom, says Goist. “Breast tissue is extremely hormone-sensitive,” she explains. “When progesterone and hCG start flooding the body after the egg is fertilized, they increase your blood volume, which makes your breasts swell and feel heavier than usual.”

What are the five most common early pregnancy symptoms? Check out the video, and watch Dr. Alexandra Sowa explain.

You may feel crampy like you have or are about to get your period, but this pregnancy sign is actually triggered by implantation – when the fertilized egg attaches to the uterine wall. Your uterus may be stretching a little now (hence the cramps) to prep for its massive expansion over the next nine months.

“Many women mistake some light bleeding for a period, but as many as 25 percent will have some spotting during implantation,” says Goist. If you notice that your “period” seems way shorter or different from usual, it may be a sign of pregnancy.

There’s tired, and then there’s this: If all you can think about at work is taking a nap or if you’re too exhausted to keep up with everyday activities like hitting the gym, then it may be your body one of the earliest signs of pregnancy. “Even at this early stage of pregnancy – within two weeks of conception – your baby is starting to use up your calories, which can wipe out your energy stores pretty quickly,” says Goist.

Are the boobs are looking a little different these days? Pregnancy hormones also affect the activity of melanocytes, or cells in the nipples responsible for their color. “Darker-complexioned women may not notice this until later in pregnancy -say, around 10 weeks or so,” says Goist.

While full-blown morning sickness – which affects up to 85 percent of all preggos – likely won’t strike for a few more weeks, some women may experience more subtle motion sickness as an early pregnancy symptom. “I’ve had patients tell me they’d suddenly get queasy from reading in the car or would feel sick during flights,” says Goist.

Can’t zip up those skinny jeans? Ramped-up levels of progesterone slow down your digestive track and may make your tummy feel puffier than usual. (This also happens during PMS, notes Goist, but bloating stops when your period arrives, causing progesterone levels to plummet.) If the bloating doesn’t go away — and your period never comes – start watching for that stick to turn pink.

Getting up for more bathroom breaks may be the result of your kidneys starting to kick into overdrive during early pregnancy; they have to flush out fluid more efficiently during pregnancy. (Watch out for this one at the end of pregnancy too — but then it’s more due to your gig undo uterus pressing on your bladder.)

At this point, you’re more likely jonesing for a jumbo bagel than pickles or Rocky Road. “Your overtired body may demand extra carbs now because they’re easily metabolized, which helps keep energy levels up,” says Goist.

Increasing blood volume may trigger frequent but mild tension headaches in the first few weeks of pregnancy, but this sign of pregnancy should let up as your body adjusts to elevated hormone levels.

The same hormones responsible for bloating are also behind your potty problems. Because your digestive track is slowing down now, says Goist, food may not pass through as quickly. This symptom will likely ramp up even more (sorry) as your pregnancy progresses.

Measuring BBT – your oral temperature first thing in the morning – is usually used to indicate when you’re ovulating. It’s typically about half a degree or higher or so when an egg is released and remains elevated until you get your period. So if you’re charting BBT and notice it hasn’t decreased in more than two weeks, it may mean you’ve got a baby on the way. FYI: You’ll need a special digital basal thermometer (try drugstore.com or amazon.com) to do this; it’s more precise than normal fever-measuring thermometers.

If this is your unwanted pregnancy and you want to abort it, dont get panic just buy MTP Kit Online which is safe option to abort pregnancy in complete privacy.

Best Orthopedic Hospital – Signs That You Have a Slipped Disc Problem