3 Forms of Discrimination You Didn’t Know About 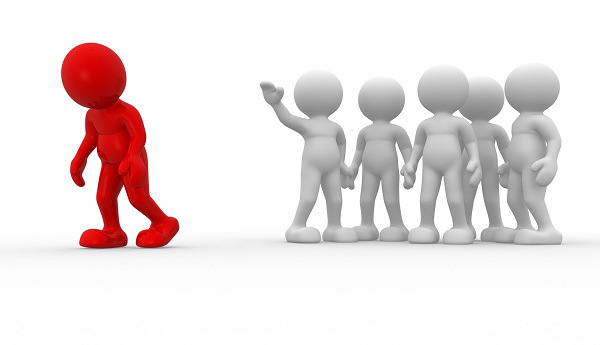 The State of California is full of employment opportunities and chances to improve your quality of life by obtaining the job that is right for you.  The sun-kissed state is marveled for numerous reasons, but for employees and applicants, it truly stands out for the many laws which protect individuals in the workplace. In California, it is unlawful to discriminate against employees or applicants based on belonging to a protected class. A protected class means race, religion, sex, gender, age, national origin, color, marital status, medical condition, gender identity/expression, and or military or veteran status. If you belong to one of these classes or possess certain characteristics of one of these classes, you are protected by California State law from being discriminated against based on belonging to the particular class or having one of the characteristics. This article discusses three forms of discrimination that may not seem obvious to the unfamiliar employee or applicant and with this knowledge and the guidance from an Employment Lawyer, you might be able to identify if you have a case.

For example, Jim, a 25 year old male, who had a passion for working in retail and fashion, was seeking a job in the particular industry. Jim found a listing online to apply for a sales position at a women’s lingerie store in which offered training.  He went into the store to hand in his application. When Jim arrived, he asked to hand in his application to the manager. While waiting to meet the manager, Jim noticed that all employees on site were female and on the employee backroom entrance a sign read “Girl’s Club”.  Feeling self-assured in his communication skills and his unique resume, Jim did not let the feminine environment shake his confidence. The manager Susan, who was also female, took one look at Jim and said: “I’m sorry, but we are only considering female applicants, there is no room for a man in this place”.  After Jim was denied consideration for the training that would lead to employment, a female applicant with the same qualifications as Jim applied and was selected for training. Here, it would seem that Jim may have been discriminated against based on his gender which is a protected class. Overall, it would appear that Jim was refused consideration for an employment opportunity based purely on the fact that he was male. This was demonstrated through Susan the manager’s comment that the store was only hiring females and that they did not want any men at the establishment.  In addition to Susan’s comments, the fact that all current employees were female on-site and the sign on the employee door that read “Girls Club” are strong indicators that the store has a pattern of engaging in unlawful practices of gender discrimination.  Lastly, the fact that the store hired a female employee who had the same qualifications as Jim strongly suggests that he was passed over for an employment opportunity based on his gender. Therefore, in gathering all of this information, Jim might have a claim for gender discrimination against the lingerie store.

If an employer decides not to select a particular employee or applicant to pursue training that may lead to additional employment opportunities solely based on the fact or presumption that this employee belongs to a protected class, this may be a form of discrimination.  Speaking with an Employment Lawyer would shed further light on a situation that may be similar to Jim’s issue.

An employer may be considered as engaging in illegal practices if it hinders an employee’s career from flourishing because the employee is a member of one of the protected classes recognized in California.  It is against the law for an employer to discriminate against an employee by means of unfair treatment, depriving the employee of advancement, benefits, and or preventing an employee from employment privileges.

In order to bring a claim for discrimination in the workplace via adverse treatment, the employee must provide evidence that the treatment which he or she endured was both substantial and detrimental. But what does this mean? This means the employee has to show that the employer treated him or her in such an unfair manner that would likely significantly debilitate a reasonable employee’s work achievement and or functions in the same way. This means that the way in which the employer prevented the particular employee from carrying out his or her duties would also have impacted a reasonable employee in the same way.  In other words, it did not affect them in a trivial way, rather it affected the employee substantially. So if an employee is merely annoyed or disappointed with the way in which he or she was treated, he or she would most likely not have claimed in discrimination via preventing success, progress, or advancement.

Again, an Employment Lawyer would need to analyze the facts of the particular case in order to decide if they should pursue legal proceedings.

As previously mentioned, an employee might not have a claim if the adverse treatment which they endured merely annoyed them, the treatment must significantly cause damage or disrupt the employee from doing his or her job. However, an employer’s unfair treatment of an employee although minor, if it is frequent, may in fact end up being substantial.  For example, Linda, an employee at an insurance company, was open about her same-sex marriage to her partner Beth.  Linda had been working at the company for three years and felt comfortable having her framed wedding photo of her and Beth on her desk. A new manager, Lisa was hired to oversee Linda’s department. Lisa saw the picture on Lisa’s desk and reprimanded her for having “obstructions in her workspace”, even though other employees were not reprimanded for having family photos on their desk. A few weeks later, Lisa had Beth transferred to another desk, which annoyed Linda but she complied.  Days after her transfer, Lisa accused Linda without evidence of falsifying her time sheet and had her suspended from work for two weeks, which damaged Linda’s career working in insurance.  No other employees were treated the same as Linda by Lisa.  Here, these occurrences may add up to Linda having a sexual orientation discrimination case against her employer, especially because no other employees were treated the same as Linda, and Linda was singled out because of her sexual orientation.

An Employment Lawyer would look at all the incidences that accumulated against an employee to decide whether there is a discrimination case at hand.

What is Women’s Rights in the Workplace? 4 Reasons Why Age Discrimination Lawyers Are Necessary