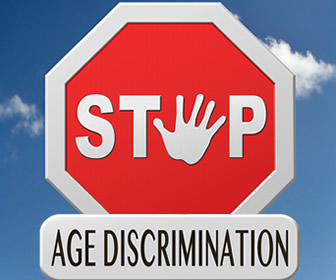 Discrimination in the workplace is the impetus of fear for new applicants when applying for jobs in superficial corporate America.  Applicants with names that are laced with the negative stigmas of a racial minority existence are left perplexed and fearful of being rejected by a prospective employer prior to even being extended an invitation for a formal interview solely based on prejudices invoked by their ethnic sounding names.  Job-seekers within the LGBTQ community are troubled by the thought of appearing for an interview and being judged harshly by the interviewer as an immediate reaction to their seemingly insufficient level of conformity to societal norms. Race, sex, and religious forms of discrimination have been the focal point for present day social and political protesters. Issues concerning the aforementioned topics of discrimination have historically plagued the job-hunt and sabotaged promotion opportunities for a myriad of American citizens.  With these issues of discrimination in the forefront, we may find it somewhat easy for one to overlook forms of discrimination that may occur against the nation’s elderly population.

With the average American Life-span expanding into later years, more employees are remaining in the workforce.  With this in mind, many of these employees have children later in life and therefore their families depend on them financially. For example,

Growing up in a single parent household, Tammy, and her sisters and depended on their mother to provide consistent financial stability.  It never crossed their minds that sexism, racism, and/or ageism could creep into the hiring process, and hinder their mother’s ability to provide that financial security that they sought from her.  During the junior year of Tammy’s  undergraduate studies, her mother was terminated from her job of ten years.  It was during the period of her job search that Tammy discovered the extent of her mother’s concern for discrimination during the hiring process.  As Tammy attempted to comfort her worries, Tammy’s  mother exclaimed “…it’s easy for you to be calm, because you’re young.  People will hire you in a heartbeat”.  Immediately Tammy realized that it was not the possibility of being under qualified for the job postings that worried her, but it was the constant fear of being discriminated against because of her old-age and lack of youthfulness that triggered her apprehension.  The complexity of her present situation forced her to consider the potential for unwanted strain and hardship caused by an inability to manage and fulfill all of her responsibilities.  Worry endlessly circulated through her mind as the gravity of having to singlehandedly maintain the household bills and welfare of her children weighed down on her tense and stressed shoulders. Tammy understood her reluctance towards returning to the applicant pool in her mid-forties, as well as, the perplexities surrounding the undesirability she imagined would plague her image during her attempts to gain employment.  As her daughter, it was extremely disheartening for Tammy to see the usually confident, smart, and courageous woman whom she so vastly admired become so dispirited by this circumstance.

anti-discrimination Acts like The Age Discrimination in Employment Act (ADEA) need to be enforced by Employment Lawyers.  The Age Discrimination in Employment Act (ADEA)  “…is a federal law that protects workers and job applicants age 40 and over from age-based discrimination in all aspects of employment.”  Encouragement can be felt by a number of aging Americans in the market for a job or currently employed knowing that the federal law is on their side in the workplace.  Notably, Section 4 Clause 1 of the ADEA prohibits employers from discriminating against someone solely based on age.  With further analysis of this clause by an Employment Lawyer it is equally important to note that the term “all aspects of employment” is not narrowly tailored to only protect from discrimination during the hiring process, but the ADEA ensures that “an employer may not fire, refuse to hire or treat an employee differently than other employees because of age”.  The protection of this law does not conclude with the applicant’s ability to obtain a job, but it continues to protect the employee throughout the life of their employment.  This aspect of protection is further dissected and thoroughly defined in the opinion of the case by District Judge Robert Taylor in his ruling of James G. Gill v. Union Carbide Corporation.  Taylor states that “The purpose of the Act under which this action was instituted is to promote employment of older persons based on their ability rather than their age; to prohibit discrimination on account of age; and, finally, to aid workers in meeting the impacts that come with age. 1 Section 623(a)…”.  His analysis of section 623(a) of the ADEA forces the reader to consider the significant impact that age can have on one’s ability to perform job-related duties that were much easier to execute in their youth.  Furthermore, this clause of the Act makes it a necessity for the employer to provide adequate accommodations for an employee to aid them in successfully fulfilling their work-related obligations.  Again, in order to have these rights enforced if they are violated, an employee would need to have an Employment Lawyer represent them in their case against their employer.

The laws that regulate age discrimination vary in their application because they are mainly based on behavior, therefore an Employment Lawyer is needed for analyzing the unique facts of a case.

The anti-discrimination laws for age are established to regulate adverse patterns or behavioral trends that previously occurred on a more consistent basis. These adverse patterns and/or behaviors have or can in some way, shape, or form inflict harm on another human being. To focus on numbers and productivity instead of appreciating the human being that is working diligently to produce the product, then to subsequently devalue elderly employees and prospective applicants are unethical and appalling.  Cases in which an employer chooses to fire an employee based solely on their aging status, and not on their lack of work ethic are morally wrong and corrupt.  Furthermore, refusing to promote, hire, or professionally consider someone as a consequence of their age is equally immoral.

Aging is a part of life, therefore, a culture in which an aging person is afraid of not being able to provide for themselves due to their undesirability in the workforce in unaccepted.  Idealistically longevity in a position should demonstrate to an employer that an employee is reliable, dedicated to the company, and (more than likely) encompasses a wellspring of knowledge about the company.   An individual with this set of characteristics is clearly an asset to a business and not a burden.  The fear that can overcome any employee over 40 that the thought of re-entering the applicant pool while over the age of 40 is a feeling which no American should have to endure.  Knowing that the lawmakers of this nation see the value in workers aged 40 years and above should provide a sense of comfort for individuals that find themselves in predicaments.  The ability to provide for yourself and/or your family is a luxury that should never be compromised by judgmental ideologies of what it means to be “useful”.

If you have an employment situation that involves issues with your age, you should reach out to an age discrimination Lawyer.

Solve The Confusion Between Lawyer And Attorney With This Guide