4 things to do and see in Buenos Aires

Buenos Aires allows you to explore different aspects of society and culture. The city is a metropolis with over 3 million inhabitants. 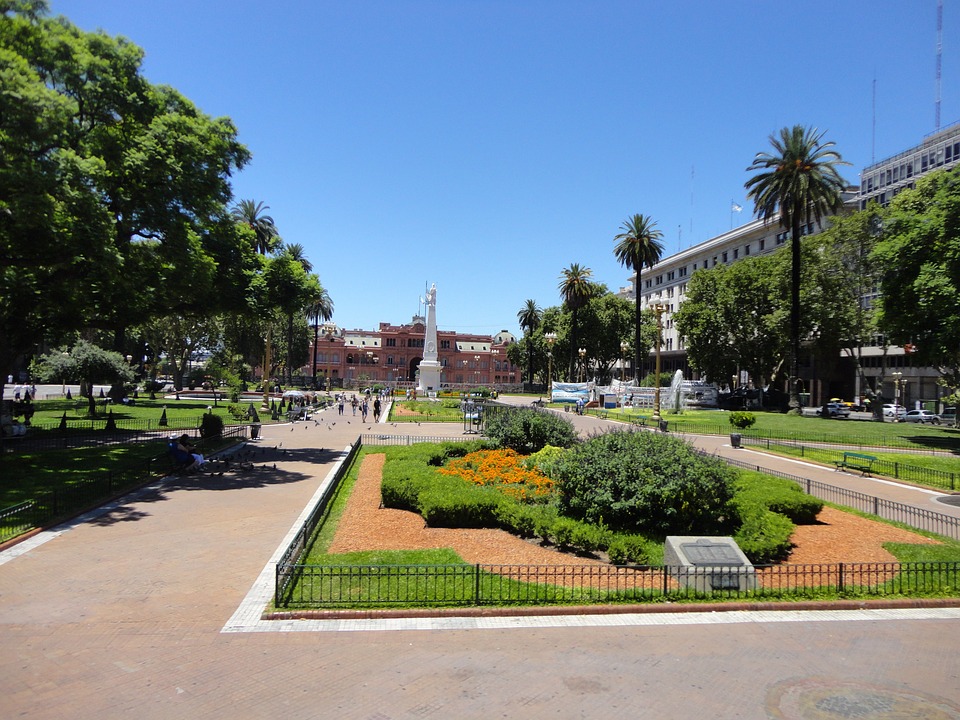 Buenos Aires is the melting pot that characterizes the history of the city with a very strong Italian presence which, although somewhat weakened over the years, remains very significant. And then there is typical food, literature, football and tango.

Many tourists travel to Buenos Aires to learn Spanish. That is why it is easy to find places with different programs to learn Spanish like Expanish language school. From Borges to Soriano, passing through Maradona to the ballrooms scattered everywhere, the lively and colorful capital of Argentina conquers everyone who visits it.

Plaza del Fuerte, del Mercado, de la Victoria and finally Mayo. There are several names that the historic center of Buenos Aires have taken over the centuries. The last, Plaza de Mayo, was chosen to celebrate the date of Argentine Revolution (25 May 1810) that initiated Independence.

The nature of the anniversary explains why the square has preserved this political verve even afterwards, becoming the theater of main popular demonstrations.

Some of these demonstrations have profoundly affected the Argentine political history. Think of “Madres de la Plaza de Mayo” who for years protested against the military dictatorship asking for truth and justice for their children who disappeared.

Cabildo, a historical municipal council, is just a few meters away from this square; as well as Casa Rosada and the Metropolitan Cathedral. In short, Plaza de Mayo is the heart of the political, civil and religious life of Buenos Aires and it is almost inevitable to start from here to explore the city.

If Plaza de Mayo celebrates the Argentinian declaration of independence, Avenida 9 Julio recalls the end of the process of self-determination apart from Spain. It is one of the widest streets in the world (140 meters) built in 1936 based on the Champs Elysées in Paris.

To build this gigantic artery, it was necessary to demolish dozens of buildings and relocate the residents elsewhere. Nation’s progress was then related to this functional element, as well as name’s road itself, maximally represented by the 65-meter Obelisk in Plaza de la Republica, at the exact spot where the Argentinian flag was hoisted for the first time.

Teatro Colón is another must-see on a trip to Buenos Aires. It is located in Plaza Lavalle, next to Avenida de 9 Julio, and it is unanimously recognized as one of the top 10 opera houses in the world (even among the top 5 for acoustics).

The main architect of the work was Francesco Tamburini and, after his death, the pupil Vittorio Meano. The latter, however, united in destiny to his master, failed to conclude the project, finally terminated by the Belgian architect Julio Dormal.

You don’t necessarily have to be passionate about classical music to appreciate the grandeur and charm of Teatro Colón. You can learn more by participating in a guided tour without having to attend an opera show.

It must be said that the theater is not the only attraction in the area. A little over a kilometer there is the wonderful Palacio Barolo and, above all, Palacio del Congreso, designed by the aforementioned Vittorio Meano.

The Congreso of Buenos Aires follows the Capitol of Washington and, together with Casa Rosada in Plaza de Mayo, represents one of the most popular itineraries for tourists on holiday in the Argentine capital. A political path between executive and legislative power that crosses the equally beautiful Avenida de Mayo with its numerous French-style buildings.

If the route from the Casa Rosada to the Congreso from a tourist point of view can be considered the political itinerary of Buenos Aires, the one from the Teatro Colón to the Libreria El Ateneo represents, instead, the cultural itinerary par excellence.

El Ateneo was originally a theater (Teatro Grand Splendid) and before its final transformation into a bookstore, done by architect Francesco Manzone, it also had a parenthesis like cinema.

What makes the location fascinating is precisely the “virtuous dialogue” established between its new use and the original architecture. The stage has been transformed into a coffee area, while armchairs and a dome have remained in place, giving the whole environment a magnificent retro atmosphere that attracts many visitors every year.

9 Gruesome Facts About London’s Past