Android vs iOS: Which is the Best for Mobile App Development? 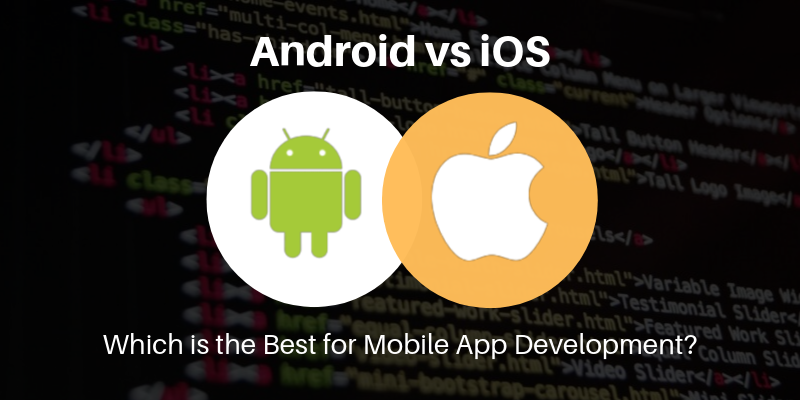 When it comes to Android vs iOS, choosing the right platform when building your mobile app is a difficult task. According to one study, about 23% of users abandon an app when they have used it only once. This is something that you cannot experience after ideating, configuring, developing and finally launching your app.

Mobile has become a major part of the user’s life, due to which the expectations of the users have also increased. Thanks to better mobile connectivity and uplift of apps; However, the business is not developing at the same rate when increasing customer demands and expectations, user engagement, therefore require considerable attention.

5 key factors to choose between Android or iOS development

While both platforms have their own merits and demerits, however, there are five major factors you need to consider in deciding whether to launch your app on Android or iOS first:

Android is the most commonly used mobile operating system, which is used by maximum people but this does not mean that your target audience also uses it. For example, there has been a large increase of Android in developing countries such as Asia, Africa and South America. Whereas, in developed countries like United States, United Kingdom and Canada, iOS has a big hold in this market.

A timeline is another thing you need to consider. How would you like to market your mobile application? Remember that the longer the development time, the higher the cost of development. Creating an app that is compatible with a wide range of Android devices takes longer, although this is not always the case. There are innumerable Android gadgets, running a variety of screen sizes or OS versions.

Whether you develop your app on Android or iOS, the release process needs some time. Top mobile app developers play a key role in development time. Therefore, ensure that they have the right knowledge, expertise and skills to speed up the release process.

One of the key factors before jumping to the final decision of a mobile app development platform is to dissect the features involved. A good platform is always easy-to-learn, intuitive, collaborative workflows, and easy to handle endorsements.

iOS developers and android developers both need to be able to build a powerful application that owns test-driven features. It supports hassle-free debugging, hosting and deployment. This helps to maintain the app throughout the lifecycle. In addition, mobile app development platforms should provide strong features of authentication, data storage, push notifications, and easy integration with third-party services.

About 20% of the respondents referred that in terms of budgeting the app, choosing a specific platform to start the mobile application development process is one of the deciding elements influencing their choice. Developing apps for Android or iOS is consistently less expensive than doing both platforms simultaneously.

Therefore, in terms of budget limitations, it is considerably more progressive to choose the right platform for your mobile app. There is a direct relationship with the cost of time spent developing the app. Creating an app on the iOS platform often takes less time than developing a similar app for the Android platform.

Developing an app and maintaining the app is a costly affair, as you too want to earn money from your developed app. This is where income models become an integral factor.

Do you want to offer your mobile app for free or with a freemium model, or would you like to charge your app from the store? Android has many free applications supported by marketing, while iOS has more applications that must be purchased and more customers who will pay for them.

Your income plan can greatly affect your initial phase. If you need to get started with a free app and monetize it later, or you plan to support your app with advertising revenue, Android may be a better option. However, if you need to charge for your mobile app, you will have a better situation with iOS.

Android vs iOS development: which is the best?

These days, Android or iOS are two notable mobile operating systems. About 75 percent of people use Android, while only 19 percent worldwide use iOS. Therefore, no doubt, Android is the winner. Android development is prevalent in global up and coming markets, including Asia, Africa and Latin America.

Why Bookkeeping Services Are Essential For Your Business Technology can help you to deliver better patient care!