There’s no denying that cycling is a very popular pastime, with many cities having added bike trails for tourists, commuters and recreational riders to enjoy. Some people also live in rural areas that have great mountain bike trails, but unless the trail is close to your front door, you’ll need a means of transporting your bike to your desired riding location. Fortunately, bike carriers are available that can be attached to your vehicle for easy transport. Read on to discover three types of bike carrier that can help you get your bike to where it needs to go. 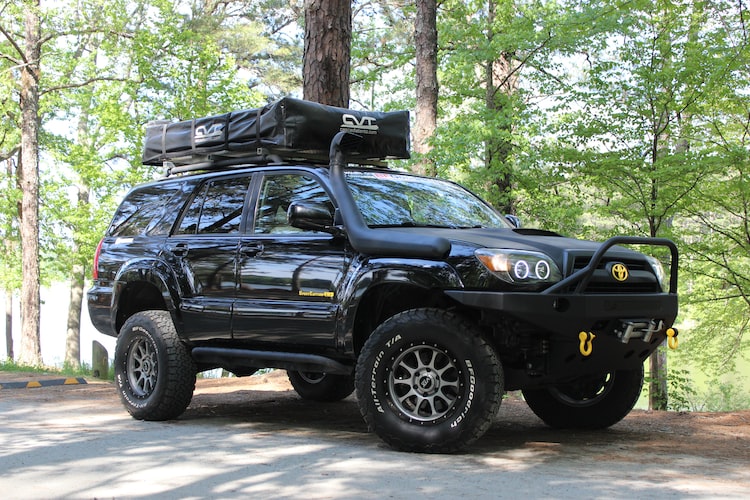 Roof-mounted bike racks can be installed on many different types of vehicles, both small and large. This type of carrier mounts to your crossbars on the roof of your car. If your car doesn’t come equipped with crossbars, you’ll have to install them before you can add a bike carrier.

The benefits of roof-mounted bike carriers include:

The cons of roof-mounted carriers include having to reach up to get your bike and having to be wary of the higher profile your car will have on the road.

Hitch-mount bike racks simply attach to your car’s hitch receiver. While in the past this type of carrier caused bikes to sway, they’re now made to be safer and less problematic. Some of the newer types of hitch-mount bike carriers can swing away from the rear of your vehicle, allowing you to still access the trunk of your car. The highest capacity hitch-mount bike rack is able to carry five or six bikes at once.

The biggest benefits of hitch-mount bike racks are that they’re easy to install, plus they tend to be cheaper and can carry more bikes than other options. The major downside of a hitch-mounted bike rack is the lack of visibility in the rear, along with the possibility of rear-ending it into an object if you forget your vehicle’s rear clearance is diminished.

Truck-mounted bike carriers tend to be the simplest solution for many car owners. They’re also usually one of the most affordable bike rack options, as they mount to the trunk through a strapping system rather than requiring installation. Many of these bike racks can be folded and stored in the trunk when not in use. As with hitch-mount systems, the bike is closer to the ground and is easier to access.

The pros of trunk-mounted bike racks are the cheaper cost and having easier access to your bike. The cons are the possibility of rear-ending your bike and the lack of rear visibility.

Signs That Your Car Needs Servicing