The financial debt crisis that has plagued Greece in the last decade has continued to have lingering effects on the economic growth of the country. Greece had to go through a long, painful period of austerity measures, budget cuts and tax hikes to keep the country’s economy afloat. The Great recession which tumbled many global economies inside out was the starting point of the Greek problem. Many countries have since recovered from that period and cut their losses, but the Greeks seem to have no way out of the deep, at least not immediately. Through the heat of the recession period and afterwards, the Greek nation has had to survive on external debt from the European Union. This enormous amount was used to keep the Greek economy at average functionality. These loans have continued to bring problems for the Greek economy and they are scheduled debt service payments to the Eurozone for the next half century. This clearly explains the enormity of the Greek financial debacle. In the late months of 2018 through to 2019, there have been signs of economic recovery of the Greek economy, but there are still concerns that the crisis is still not over yet. 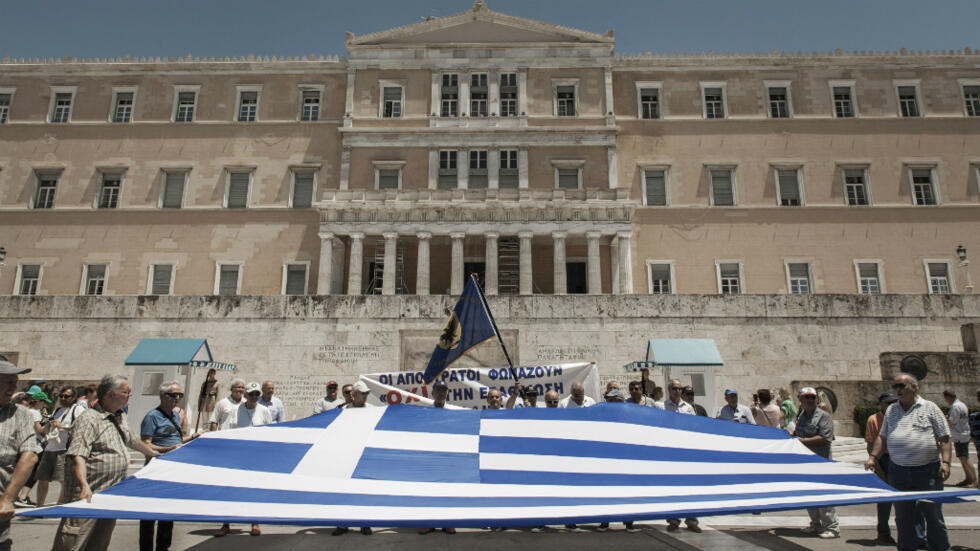 The Greek problem began when they decided to adopt the Euro as their currency in 2001, giving the Drachma a back seat. At the time when the Drachma was in use the Greek economy was prosperous and had a good quarterly GDP outcome. The reason why the Greeks decided to adopt the Euro was because membership of the Eurozone guaranteed a wider investment base and more benefits. This was a good choice at the time, but the consequences of joining the Eurozone were more damaging than the benefits which it earlier provided.

Latest news from Greece reveals that the financial debt issue is still a cause for concern in the capital city of Athens. The effects of the financial crises were mostly felt in the capital as most big businesses and corporate firms had their headquarters in the city. These firms had to go through painful tax increase periods and many had to lay off staff to be able to meet up with the new tax regime. The citizenry residing in Athens encountered a lot of problems as tax hikes meant an increase in the price off goods available in the market. Also, spending cuts resulted in the unavailability of some important goods and services the Greek people were accustomed to before the recession period.

The effects of the recession period in Greece were far reaching as the government had to cut jobs, reduce payments to pensioners, thereby causing poverty and widespread unemployment. The situation was so bad in the economy at a period when every 1 out of 2 Greek youth was unemployed or under-employed. These effects were felt hardest in the city of Athens. The bailout funds of the European Union and the International Monetary Fund did little to solve the problem of the Greek economy. If you take out time to check out the amount of money the Greeks needed for continuous bailouts through the recession period, it may total up to a half a billion euros if not more.

Also, the senior citizens of Athens and Greece in general had to go through a painful pension cut measure by the government while they increased taxes in mid-2017. These cuts were designed to aid the funding of debt service payments. This did little to solve the Greek problem.

The Greek financial crisis from the late 2000s up until the late 2010s still causes shivers to flow through the Greek people. During the crisis period many people lost their source of income and the country became enmeshed in long-term debt. These could have been avoided if the value of the Drachma was strengthened by sound fiscal policy measures, but the government that ushered the economy of Greece into crisis preferred the easier, more attractive approach. The people of Athens still look back at the debt period, and wish it never returns.

Things to Consider Before Buying a Heavy Duty Brush Cutter