Java vs Python: Which is better for Software Development? 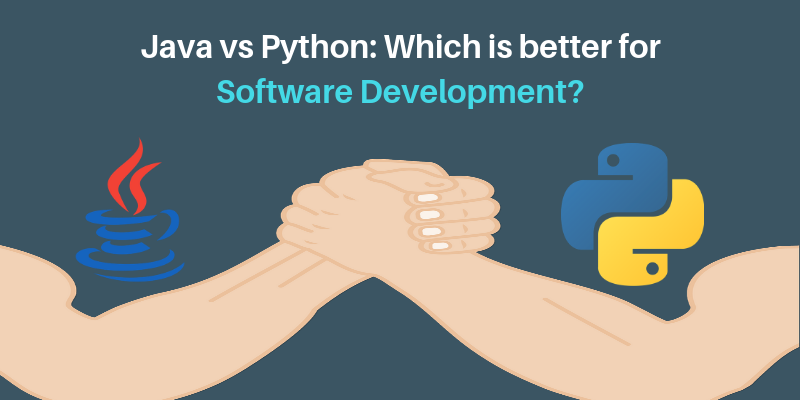 Few questions in software development are more divisive or tribal than the choice of programming language. Software developers often identify with the tools of their choice, independently combine objective facts with subjective preference. From that stir market of programming languages, let’s focus your attention to two survivors of the 1990s, which have very different basic stories: Java and Python.

Python is the older of two languages, which was first released by his inventor Guido van Rossum in 1991. Since its inception, it has been open source. The Python Software Foundation manages the design and standardization of language and its libraries. The Python Enhancement Proposal (PEP) process guides its development.

Though it was not released until 1995, the story of Java begins in 1991. James Gosling and others in Sun Microsystems visualized a language for programming interactive TV systems. It was released with much fanfare of being a portable internet language, especially in the browser. It has come a long way from this starting point and original name: oak.

Neither Java nor Python are suited for high-performance computing.

Although some Python implementations are fine-tuned for performance, raw portable performance is not where Python shines.

A lot of Java efficiency comes from optimizations to virtual machine execution.

When speed matters, which language takes the edge?

The answer is Java.

Java’s history in enterprise and its slightly more verbose coding Style mean that Java’s legacy systems are typically larger and numerous than Python’s.

Organizations may be surprised to find out how many battle-tested Python scripts act as glue holding their IT infrastructure together.

Python has less of a legacy problem.

When legacy matters, which language takes the edge?

The answer is Python.

Python has always had a presence in the agile space and has grown in popularity for many reasons, including the rise of the DevOps movement.

Java enjoys more consistent refactoring support than Python thanks to its static type system and the prevalence of IDEs in Java development.

When practical agility matters, which language takes the edges?

The answer is Both Python and Java work well, but in different ways.

When human resources matters, which language takes the edge?

The answer is, this one depends completely on the company.

Software architecture is a matter of skills, existing software systems, frameworks and libraries, reuse and integration.

Both and Python have a vast supply of open-source libraries populated with individuals and companies who have solved common problems.

When architecture matters, which language takes the edge?

The answer is, it depends on the kind of system being developed and the company.

IT Career Certification – Doorway To Success

Get to Know About Best IT Certifications