Those who know Lenovo know that since its acquisition of the Motorola brand, the brand maintains in the small world of mobility two distinct lines of smartphones: Moto, Z, G and E and Lenovo K. Two distinct names for two ranges that, supposedly, do not work on it in terms of price. Supposedly only, since this Lenovo K6 price is 16,900/ RS.

There is indeed in the K6 a 5-inch screen displaying a full HD resolution for a density of 441 pixels per inch. Behind this slab, a Snapdragon 430 mobile chip (eight-core ARM Cortex-A53 1.4 GHz) is accompanied by a graphics chip Adreno 505 and 2 GB of RAM. Applications and multimedia files find their place on the internal memory of 16 or 32 GB (expandable via microSD). Side photo, a main sensor of 13 Mpx is present on the back, while the self-portraits lovers will have to be satisfied with a front camera of 8 Mpx. The mobile has the usual connectivity, namely Wi-Fi 802.11 b / g / n, Bluetooth 4.1, A-GPS chip, FM radio and a micro-USB port for charging. The whole thing is supported by a battery of 3000 mAh. It’s Android 6.0.

For its new mobile, Lenovo takes a proven design, which was already on the K5 last year, but also on many mobile market currently. With its metal shell and two plastic bands that let in the waves, the K6 is not exactly original, but it remains well finished and pleasant in hand. There is a progress in the choice of materials, especially on the aluminum hull which proves to be quite good. 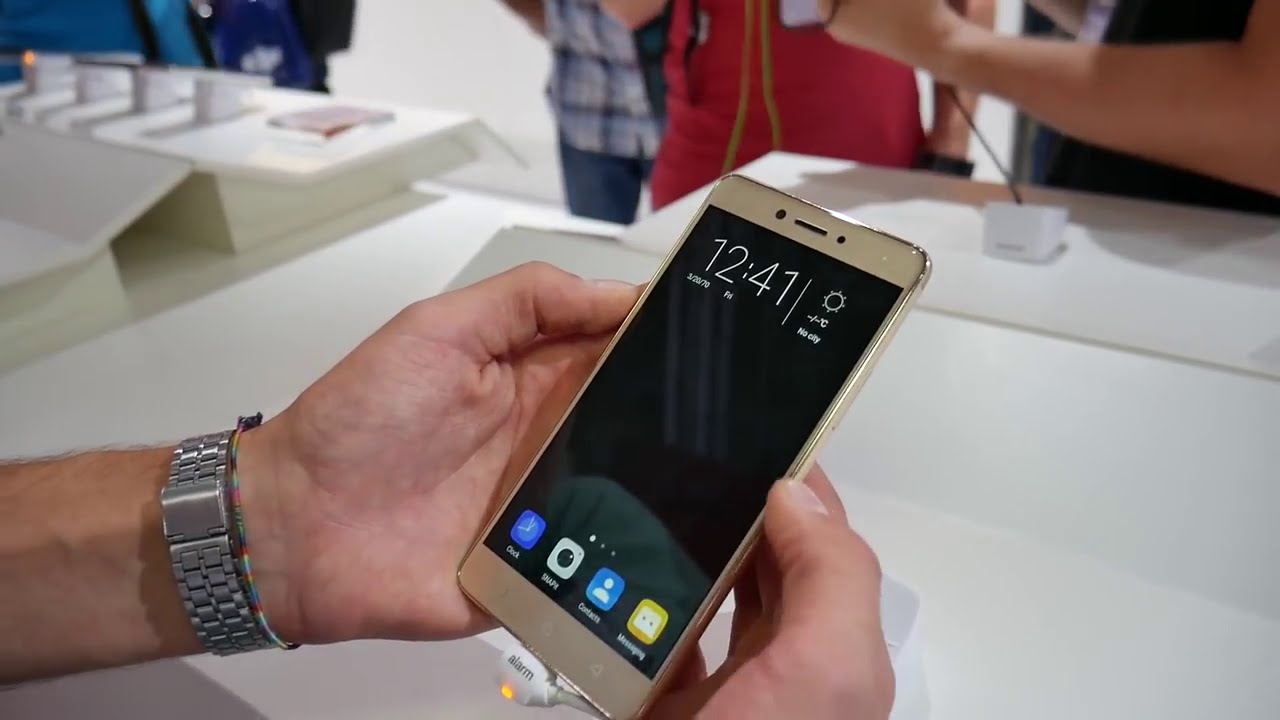 The latter is moreover removable and the SIM and the SD card are inserted via a drawer on the edge. Unfortunately, the screen occupies a meager 69% of the front, partly because of the sensory buttons, which does not allow a completely optimal use of one hand. The grip itself is quite pleasant, with a perfectly distributed weight and a slight curvature of the shell that allows the whole to marry the outline of the hand. The buttons fall more naturally enough under the fingers that one is right-handed or left-handed. Note however that the order of the sensitive buttons below the screen has been reversed compared to the standard of Android; a decision that could baffle some of them.More and more details on the phones, the fingerprint reader nestled below the back camera works relatively well, although it will have to grab the hull low enough so that the index falls naturally on it. Finally, the configuration remains modest, we do not notice an unreasonable rise in heat during heavy use.

Compared to 2016, Lenovo has maintained a 5-inch screen size, but increased the definition by switching from HD (1280 x 720 px) on the K5 to Full HD (1920 x 1080 px) on the K6. This provides unbeatable reading comfort (441 pixels per inch). In other words, the characters are chiseled and the density of information generous.  The rendering of the K6 is unfortunately worse than that of its predecessor. Where the K5 knew how to shine in color, the K6 misses a little check (delta E at 4.2 in “Normal” display mode and 5.4 in “Vivid”). Nothing traumatic, but it’s unfortunate to take a step back. The same goes for the color temperature which, at 7878 Kelvin, is a little too far from the standard of 6 500 K. The whites betray a slight tendency to pull towards blue.The rest of the results are also in the soft underbelly of the current market; the contrast is measured at 1106: 1, the touch delay at 120 ms and the persistence at 17 ms. Only the maximum brightness is satisfactory (465 cd / m²). In the end, the slab of K6 is not catastrophic, not really brilliant. It is content to offer the bare minimum for the consumer little looking.

Lenovo had promised last year, the interface of its phones would be similar to that of Android in raw version. The K6 is the living proof, even if it is sadly blocked for the moment under Android 6.0.1. Farewell the interface to the iOS, hello the application drawer. The K6 virtual desktops are fully customizable with shortcuts of applications and widgets . The notifications / shortcuts bar is also in the game and can also be changed. When the latter is unfolded, we discover a menu unattractive, but relatively practical, which allows access to the history of notifications; a rich idea. If the aesthetic appearance is so close to the pure Android, practical issue Lenovo has added some advanced features to its K6. In the Settings menu, a sub-section “Properties” is full of more or less useful parameters, such as the triggering of the camera via the volume keys, the possibility of using a virtual button, the creation of clones d applications – to manage a pro account and a personal account – or the creation of contextual scenarios to adjust the volume of alerts, automatic connection to 4G or Wi-Fi.

In a category a prioriless useful, a “VR” mode allows to display two screens on the height of the mobile to see any movie with a virtual reality headset. It must be admitted that, if we were skeptical at first, the definition of the mobile remains correct for a specific use of this type. On the other hand, the display suffers from a huge distortion in the corners and the persistence is felt on videos whose rate is a little supported. Of the 16 GB announced, 10 GB are really dedicated to the user. therefore be economical in memory. And if the phone does not spin like a rocket, we have not noticed any particular bug or freeze functions, except on a particular case, video playback, as we see below. The 2 GB of RAM are nevertheless much better exploited than on the previous generation, which suffered from a flagrant lack of optimization.

What Is the Most Expensive Watches Brands?

Novelty Socks As A Gift? Is It A Good Idea? We’d Let You Know

Laptops For Accounting Majors in 2021 Review