Python Development: Facts You Must Know 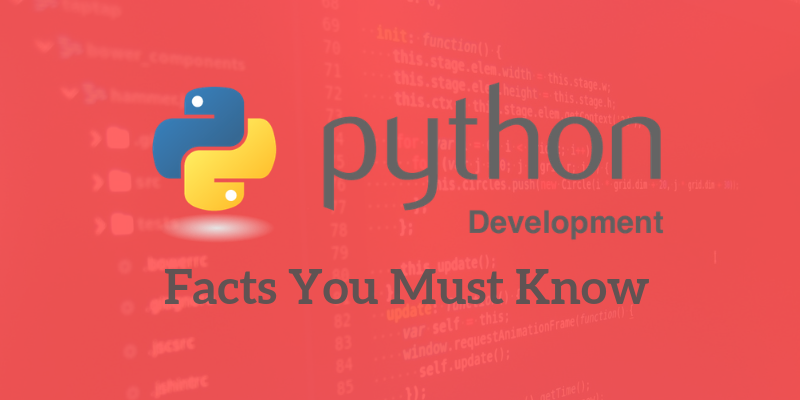 It might come as a surprise for many but Python is currently the most popular general-purpose programming language in the world. The only language more popular than Python is not Java (as generally assumed) but JavaScript, which by most accounts isn’t a full-scale language. What’s even more interesting is that while most of the languages of its age have begun to saturate, Python is still growing at a phenomenal rate. Just take a look at the graph below from SLASHDATA annual report for 2019. 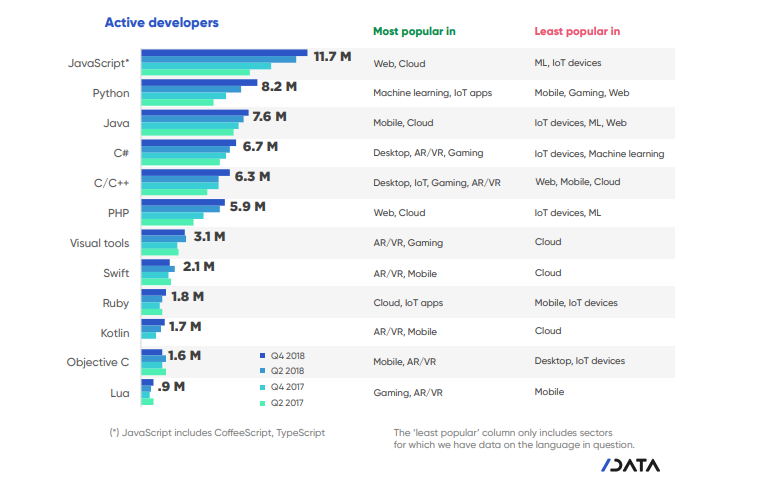 One of the key highlights of Python is its high readability owing to the blank spaces it used instead of braces. That is why it is more closely associated with the English language rather than other programming languages like Java or C++.

Unlike most of the languages that need to be compiled before running any program, Python is interpreted at run-time itself. This enables developers to quickly test their code without wasting their time in comping and recompiling their code each time they make minor changes.

Ace of all trades

Python is one of the few versatile languages that can be used to build applications for virtually all platforms some of which include.

Python is widely regarded as one of the best languages for web development to the point that you would often come across comparisons like Python vs. PHP or even against newer technologies like Python vs. NodeJS. The fact that it fares well against two of the best web development technologies proves a lot about its own competence. If you couple it with best Python frameworks like Django or Flask, there is no web applications that you can’t build at scale using Python.

Python is also extensively used in building cloud application and some of the largest cloud service providers like Amazon’s AWS or Google’s App Engine has Python as one of their supported languages for building applications through their cloud tools.

If you know anything about IoT, you must have come across comparisons like Python vs. Java– which is seen as the default language for building applications for IoT and embedded systems. With enough supporting tools and APIs, Python can be a highly resourceful language in this domain as well.

While Python isn’t exactly a new language and has long been passed its maturity with a large community and massive resource pool, it still registers an excellent growth rate- an unusual feat among its peers. The reason is that its usage is most prominent in upcoming technologies like Big Data, Machine Learning, IoT, etc. This means that while other languages like Java- that prospered on the backs of mobile app development, start to saturate, Python is just started to boom.

Python is as versatile a language as it can possibly get. Not only in terms of its application that includes web development services to IoT development but also the vast resources it brings along. Be it highly sophisticated web development frameworks, Machine Learning APIs or a matured community, if you are building any kind of application in Python, you can rest assured about the wealth of support it delivers.

Netgear Genie Setup: A Smarter Way to Access Internet Buy Assignment Services at a discount of up to 25%

Benefits of Artificial Intelligence in The Telecommunication Industry