Neeti Kotiya DON'T CARE - my article is not relevant 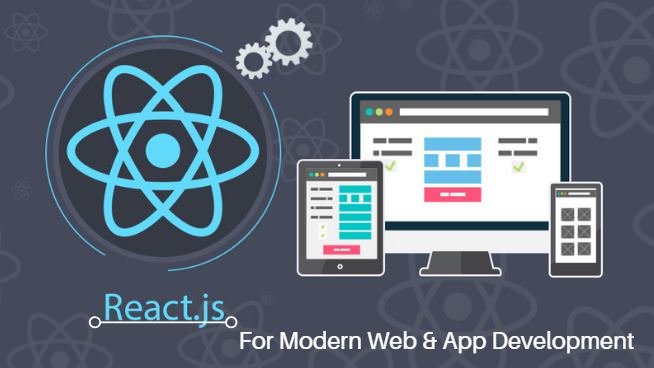 ReactJS has now been around for quite a while and is widely considered one of the best tools for building web apps. Used by some of the most popular platforms like Facebook, Netflix, Uber, Reddit, and more, the library commands quite a large and vibrant developer community. Yes, ReactJS isn’t a platform or a framework but a reasonably small library but we will get back to it in a moment.

Developed by Facebook in 2011 and later open sourced in 2013, ReactJS, in many ways, carries the hallmark of those times. It was a time when people were really getting used to the Internet and maybe for the first time, user interface started gaining prominence over mere functionality. for businesses, the challenge was two-fold: 1. Users didn’t only want an application that worked but rather one that looked good and loaded fast; 2. As the number of users grew exponentially, scalability became a serious issue. ReactJS was developed to solve all of these problems- UI, speed, and scale.

See Related: The Major Differences between ReactJS and React Native

But before we get down to the precise use cases for businesses, we must understand what makes ReactJS so special- No, not in terms of internal technicalities but broad approach:

When building the UI, ReactJS allows for creating small packages called components that can be written once and deployed anywhere. This reusability drastically improves productivity and overall application quality.

The secret to fast loading and overall speed of ReactJS is its use of virtual DOM. They carry the same properties as real DOM but is lightweight and detached browser-specific properties to deliver faster results.

As mentioned earlier, ReactJS isn’t a large framework or a platform but rather a simple, small JavaScript library that can be used in parallel to anyother libraries that developers may prefer.

Now if we build on these three basic approaches, the benefits of ReactJS development for businesses are obvious. Some of which include:

The reusability of ReactJS components is a major plus for businesses who are often racing against the competition to hit the market first. Additionally, the fact that the same component can be deployed at multiple places drastically improves uniformity and even brings down the possibility of mistakes. As an added benefit, quick development time means lesser billing hours that ultimately converts into lower cost for the project.

An appealing UI, fast loading, and responsiveness are what create an excellent user experience. ReactJS delivers all three of them. At a time when user experience takes priority over features while building web applications this a benefit that most businesses can’t afford to miss.

React Native was built from ground-up keeping user engagement in mind- a factor that weighs high in search engine results. Using ReactJS not only delivers a better product but also improves its visibility, something very critical for most businesses.

If you sum up all these factors, you can understand what makes ReactJS development services so popular. They offer much superior web applications without taking significant toll- exactly the recipe that most businesses desire.