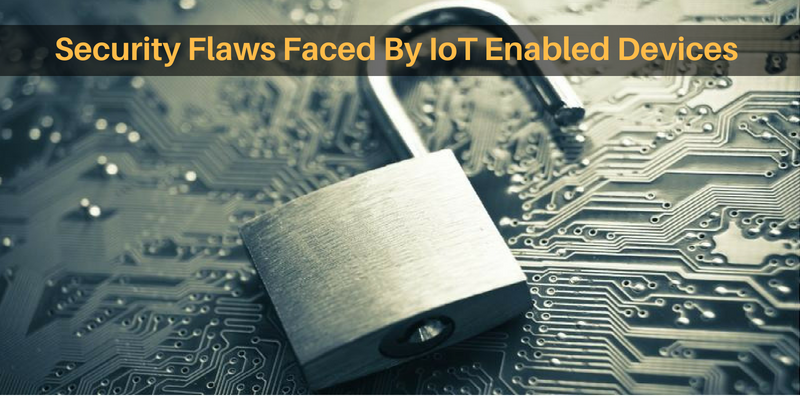 Internet of Things (IoT) has been sharing huge amounts of data that is shared between various devices. Data and communication from unauthorized access, securing these devices – are some of the major security concerns. Find a list of the potential security flaws that are detrimental in the implementing and development of secure IoT infrastructure:

What is IoT enabled devices?

Internet of things is not only at the heart of the technology but is also constantly improving our lives with some smart devices like – Smart cities, Smarthomes, automated transportation or smart cars, water distribution, smarter energy management systems, urban security and environmental monitoring, smart light bulbs, ZEEQ pillow, Flosstime, Uber – Spotify, Quirky – Egg Minder, Furbo, Smart Healthcare, SmartParking, Smart Wearable and the SmartPhones which are most common form of Internet of Things.

No matter how strong security features are applied to a system’s network, intruders always find a way out to break it. There can be many ways in which a system can be attacked, by pushing corrupt data into the network, disabling the network availability, and accessing personal information. A device with limited resources and interoperability among different devices makes it very difficult to employ the conventional security mechanisms directly in the smart things.

Memory Constraints – IoT devices make use of a lot of memory and require a spacious RAM and hard drive, but since traditional security algorithms were designed according to limited memory space, they do not secure these devices efficiently. Normally IoT devices make use of Real-Time Operating System (RTOS) or General Purpose Operating System (GPOS), therefore IoT security schemes must be memory efficient as conventional security algorithms cannot be used directly for securing IoT devices.

Computational and Energy Constraints – Lot of computation is required for most of the strongest cryptographic algorithms and they are not easily portable to other battery driven devices.

Tamper Resistant Packaging – Most of the times IoT devices are deployed at remote locations, which makes it vulnerable to getting tempered. An attacker can extract secret keys and get access to unauthorized data by device capture.

The multiplicity of Communication Medium – It becomes difficult to make use of same security algorithm on wired as well as wireless networks as IoT devices are connected locally or globally through internet.

Multi-Protocol Networking – Making use of different protocols to communicate between various devices in the network creates the problem to use traditional security schemes.

Dynamic network topology – These devices have the capability of joining or leaving a network at the point of time. Implementing traditional security algorithms with this ad-hoc network structure disturbs the network

Points that must be considered while devising security solutions for IoT App:

IoT has attracted a lot many researchers to explore this field recently. It is estimated that around 20 billion devices will be connected by 2020 with the increase in application and implementation of this domain. Interoperability among different devices, limitations in hardware and software resources and physical accessibility makes IoT vulnerable to security attacks. People will however not make use of this technology without providing enough security and privacy.

Top IoT app development companies make use of suitable cryptographic algorithms secure hardware, software, and a network of IoT devices. This ensures secure communication among the devices and its users. Intrusion, detection techniques can be implemented to make secure and robust IoT infrastructure.

VPN vs. Proxy – What’s The Difference Between The Two?

Our range of Commercial Printing services