Should Teaching The National Anthem at School Be Compulsory? 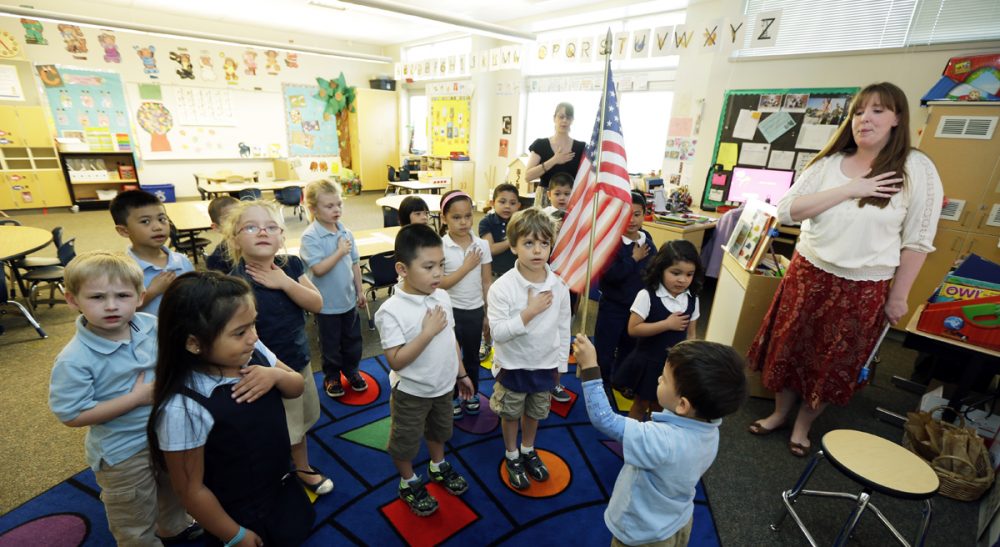 National anthem is held in most countries whenever there is a special occasion of appreciation. However, it is used in the learning institutions and security institutions in most cases for singing before any gathering is accomplished.

The following are some of the reasons why the national anthem should be compulsory taught in schools.

This is the ability of the citizens to love their county. Through the teaching of the national anthem, one is able to love the country in which he or she is living and also the people living in it at large. Therefore, the children should be taught at a tender age on how to love their nations without fearing or bringing up conflicts. This can be well enhanced through the educating of the learners at an early age which requires them to know and appreciate the people without any choice in regard to the color, race or tribe. Therefore, through the singing of the national anthem during the school assemblies as well as in the public gatherings, a learner will be able to continue to love its nation in the day to day endeavors. This will also help the learners to get the courage of being the good ambassadors to the rest of the countries during the national presentation in the social gathering. In addition, the learner or any other individual will feel a sense of belonging.

Every country has got its own traditions and customs. This means that the country can expose the cultural traditions to the next generations through the singing off the national anthem which is very crucial in the generations to come. Therefore, the beliefs and cultures of the society in a given country cannot go in vein but can spread to the other generations to come. Therefore, the acknowledgement of the of the people’s way of life is better in the appreciation of oneself and other people’s cultures. Henceforth, the students in the school institutions should be the national anthem which reminds them on the ways of living in the past and give them the view in the next generation to come.

Tribalism is a big disease which affects the nation’s development negatively. This means that people from the various backgrounds can be able to get the close information and also can enhance the appreciation of the different cultures of the people from the various dimensions. Therefore, when people know that they are united, there is less cases of involving in the tribalistic crisis. They will learn to love other people in the ways that can feel to be loved. In the school set up, the learners should be taught on how to appreciate each other through the education provided and avoid being tribalistic because tribalism lads to the unnecessary conflicts which are negative to the development of the people’s cultures. The learners too should be taught that there is no superior or inferior culture because all the cultures and tribes contribute to the development of the nation’s economy. For instance, tribalism among the underdeveloped nation leads the conflicts, inter-community violence and also hatred among the people living in the nation.

My name is Ellie Singh and I am serving at the EssayKing as a professional academic writer, Ellie has gained a lot of experience in research and is a proficient essayist with her remarkable analytic approach. She looks forward to freelancing as her life-changing experience and teaching skills to others too.
Keran Wicks 6 Practical Plus Size Lingerie for Party Season