What is Women’s Rights in the Workplace? 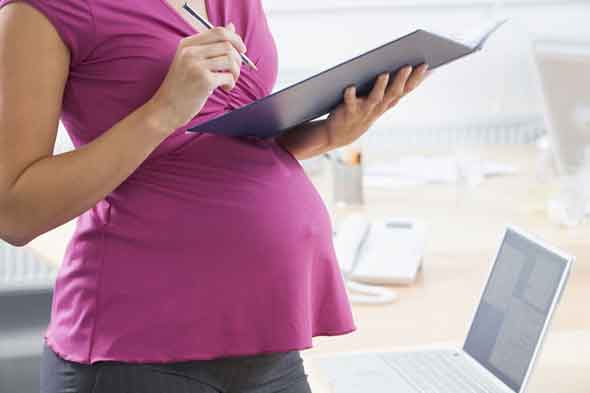 “We hold these truths to be self-evident, that all men are created equal.” These word’s that are located in the United States Declaration of Independence are strong and powerful, but when taken literally they leave out a crucial point. What about the women? Throughout the years it has been a struggle for women to rise and be seen as an equal with their male counterparts in the home and work life. President John K. Kennedy said regarding discrimination, “Difficulties over segregation and discrimination exist in every city, in every state of the union, producing in many cities a rising tide of discontent that threatens the public safety.”

Their rights have been suppressed by letting them be allowed from certain areas of employment to not receiving equal pay and benefits just because of their gender. Although the opportunities that women can pursue compared to men has improved and increased over the years, discrimination is still a large problem in the workplace. In 1964, the law named Public Law 883-52 was passed by Congress that would no longer allow discrimination “based on race, color, religion, sex, or national origin” when “hiring, promoting, and firing” of workers.

When Congress first brought this bill to be passed, a representative known as Howard Smith who was a Democrat from Virginia, added this word arguably to no longer get the bill passed.  It is interesting and showing that a large moment in the women’s rights wasn’t even originally passed for their best interest. Instead, women’s rights and issues were used as a political battlefield. Title VII of this bill which provided equal employment opportunities to individuals who are seeking employment prohibited against discrimination on the basis of sex and race subsequently created the Equal Employment Opportunity Commission (EEOC) as well.

This act, title, and commission were very large monumental stepping stones for the promotion of women’s civil rights and equality, but the fight is far from over.

There are thousands of sex discrimination claims in the workplace filed every year. Looking back to when this law was in its infancy every single claim that was filed between 1964 and 1966 had been ruled against the women who filed the claim.

This raises the large question of has anything improved from then to today? The enforcement of Title VII has gone through the court system countless times, and in every instance, that title has gotten stronger. The enforcement has been able to provide more protection to women, but the largest battle has also been changing the mindset of women and discrimination as well. Women who are thought to be ambitious are also described as selfish and cold. Women in careers who show aspirations of having a family are automatically stereotyped as not wanting to pursue or continue their careers as well. Title VII protects women from being discriminated against regardless of where they are in their family life, or what their family planning might be in the future. A woman cannot be discriminated against for being pregnant, have young children, or a possibility of future pregnancy. For example, women who had young children who yet were yet at a school attending age were protected from employment discrimination unless the employers established the same rule for men as well.

Women in the sixties were fighting for many issues that are similar and different than what women are fighting for today. This goes to show that the discrimination issue is constant and every adapting. In the sixties, women were fighting to be able to obtain degrees and enter fields that once were not allowed to them. While women today are fighting for equal pay and promotions as well. Women are a considerably large portion of the modern-day workforce, however, in the same position with the same criteria as men earn on average twenty percent lower.

The wage gap has been a large controversial issue that should not be ignored.  It seems that most aspects of employment were kept from women at some point, and they have to continue to fight for equality on every detail. The Title VII has been historical because it now provides a legal precedent that individuals can use to build upon for substance of their legal fights. In the 1980’s the federal courts prohibited sexual harassment under the Act stating that sexual harassment is sexual discrimination.

Also, there is a foundation and legal path that women can continue on, it all began with this trailblazing act in 1964 and the individuals who passed it. One thing that has been shown over history is that women will not stop fighting or back down until equality is achieved.

Despite all the current challenges that take place over the years and today, the Civil Rights Act of 1964 with Title VII is important for every person. This Act has provided women with the positive changes that have pushed them towards no longer being discriminated against because of their gender. Better yet, it provides legal protection against that discrimination. While the legal standing of discrimination is much more substantive than 50 years ago, discrimination is still existing and women are still being suppressed in the workforce. While this fight is strong, it will probably never fully be won and will exist in some form. What should now be don’t to help provide protection of equal rights under the law? By continuing to back Title VII and creating a strong precedent, discrimination will be harder to get away with legally. The Federal Government should also continue to work with state and local governments to enforce and create local laws that protect against infringing on these rights. Continuing to pursue legal rights of women and the discrimination of sex will help fight this issue to every extent possible, and will provide everyone with the opportunities and rights they deserve.