What Really Matters in Sailing Life

Human beings discovered ways to travel on water rather than land at a very early stage in their history. Almost certainly, they began by riding on (and falling off) floating logs and gradually moved on to the construction of rafts made by lashing several logs together. Then they learned to harness the wind, one of nature’s most potent forces. So from paddling rafts, people moved step by step to the nuclear powered transatlantic ships of the present day. 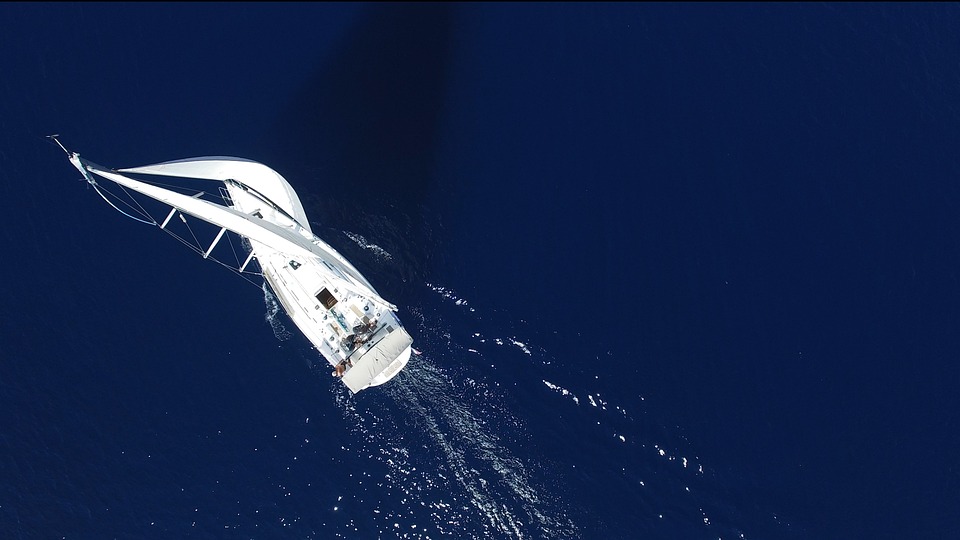 Yet the magnetism of sails and sailing ships have lived on. No one knows for sure when sailing boats were first discovered. Still, archaeological findings suggest that the Phoenicians and Egyptians, who were the first seagoing nations, began using sails in the 10th century BC. Sailing ships were superseded as the principal means of seafaring by the invention of steamships, but sailing survives as a recreational activity and as a sport.

Although Turkey is surrounded by sea on three sides, sailing as a sport did not begin here until relatively late. The first sailing clubs in the world were founded in the 1700s, yet only towards the end of the 1890s was the first sailing club established in Ottoman Turkey by British residents in Istanbul. The sport was quickly taken up by wealthy Turkish families, and soon other sailing clubs appeared in the city: Prinkipo, Makrikoy, and Moda. These clubs organized sailing regattas and rallies until the outbreak of the First World War in 1914 when the clubs closed their doors. This hiatus ended with the establishment of the Turkish Republic in 1923, and the Turkish Federation of Water Sports, encompassing sailing, rowing, and swimming, was founded the same year. Sailing in Turkey began with renewed momentum.

The first official sailing race was held here on 12 August 1932, and the first Turkish sailing club, Moda Sea Club, opened on 8 April 1935 with the encouragement of Mustafa Kemal Ataturk.

Turkish sailors began to enter international competitions, and at the Berlin Olympics of 1936, Turkey was successfully represented by Harun Ulman, Dr. Demir Turgut, and Behzat Baydar. In the wake of the Second World War, when sailing went into abeyance once more, interest in the sport quickly revived, and a series of new clubs opened, beginning with the Istanbul, Fenerbahce and Galatasaray sailing clubs in Istanbul, and Karsiyaka Sailing Club in Izmir. In 1957 sailing branched off from the Federation of Water Sports with its organization, the Turkish Sailing Federation, founded on 25 May 1957.

Sailing is one of the few sports in which nature and technology are in harmony together. At the same time, you experience not the excitement of opposing nature, but of adapting to it. Being together with nature, feeling, and experiencing it are sources of infinite pleasure to sailors. Some turn the sport into a way of life and sail around the world.

The first Turk to do this was Sadun Boro, who, with his German wife Oda Boro, set out in August 1965 and completed the round-world trip in June 1968. Sadun Boro is looked up to as one of the sport’s great names by other Turkish sailors and has inspired a love of sailing in countless others, many of whom have also gone on to sail around the world.

Among them are Haluk Karamanoglu and his family, Osman Atasoy and his wife Zuhal, who during the trip gave birth to their child Deniz, a name appropriately meaning ‘sea,’ and Tanil Tuncel and his wife. They are currently at sea for their third round-the-world voyage.

These international events not only encourage the love of the sea and sailing but forge firm friendships between the people from different countries who participate in them, regardless of nationality, race, or language. Turkey’s safe and clean seas, hospitable people, and modern marinas have been attracting many sailing enthusiasts from countries all over the world for years

Sailing boats are the best way to enjoy being at sea, amid the natural world. Taking wing on the wind and heading for the open sea is an unforgettable experience. So let us don our wings and sail off towards the horizon, with songs of friendship and freedom on our lips and in our ears.

Not so adventurous and you need a crew to handle the whole process Check https://madeinturkeytours.com/blue-cruise/ for some alternatives.

7 Best Places to Visit in Bangalore

8 Things You Didn’t Know About Antarctica