Why automation is not a threat to B.Tech in Civil Engineering 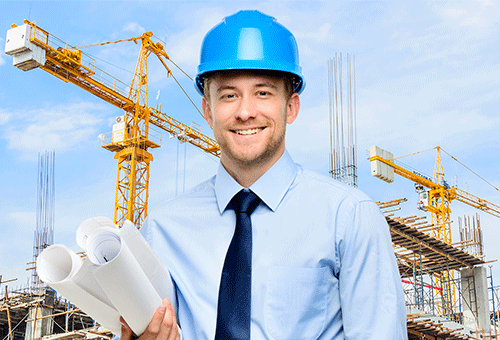 Before anything new arrives, it starts buzzing everywhere – this is human tendency and we can’t change it. Robotics engineering made its advent and it became popular fiercely. Engineering lost their sleep when they heard about the automated features of robotics engineering. They were quite sure that robots would eat up their jobs. A few months later they realized that robots are invented to reduce human efforts and make their jobs easy. They can’t replace them.

Same thing has been buzzing around the civil engineers. The launch of unmanned construction vehicles, automated construction equipment, and a lot more technology-enabled products that reduce human efforts to a large extent has become a headache for them. This is all myth. In fact, the potential of growth for civil engineers is on ever high. PM of India always mentions the infrastructure as an important pillar of the nation in almost all his speeches.

In such a context, B.Tech in Civil Engineering is one of the safest bets in terms of career security and growth. Talking about automation, yes, it is here to reduce the human efforts and deliver even the deadliest tasks easily with immense precision. It doesn’t mean this technology will kill the opportunities for the civil engineers. In fact, more engineers will be required in future to handle such equipment. But, yes, the engineers in civil now need to be more tech-savvy.

How automation has impacted civil engineering?

The impact of automation in civil engineering will remain very positive to those engineers who manage to get admission in good colleges. It will help them learn this new-age technology and prepare themselves accordingly. On the other hand, the mediocre colleges who fail to upgrade their civil engineering course curriculum are set to put the future of their students in dark. The half-learned engineers from such colleges will struggle. Hence, choosing the right engineering college is crucial.

How is the future of civil engineering?

The infrastructure of a country represents its prosperity. Not only the developed nations, even the growing economies like India earmark a huge amount of their budget to infrastructural development. Indian government invested Rs 3000 crores to build the world’s tallest sculpture ‘Statue of Unity’. The figure invested looks huge but it will keep producing the revenue until the earth dissolves.

Moreover, the schemes like ‘Smart City Mission’ and several more have produced the thousands of opportunities for the budding civil engineers in public and private sectors. It won’t be an understatement that civil engineering is here to grow at a pace much faster than other industries. In such scenario, the students having doubts about this promising branch of engineering should bust all the myths and go ahead for admission in a good engineering college to learn civil engineering from core.

Pankaj Sharma is a Digital marketing Consultant and guest blogger. He covers topic like business, education, travel and entertainment stuff with fun. He's continued blogging and keep on inspiring other bloggers for the living.

Know Why Civil Engineering is the Best B.Tech Branch?